May 25th, 2020 is a day that will be written in the history books: the day America was awoken in a way it has never been before. The unjust killings of Ahmaud Arbery, Breonna Taylor, and George Floyd within three months acted as the straws that broke the camel’s back in a long history of disproportionate harm to the black community in this country.  Protests in every state ensued shortly after the death of George Floyd, manifesting themselves as  beautiful displays of the power of the rage and hurt that an inherently discriminatory society has birthed inside the black community for nearly 400 years. For the first time in many young peoples’ lives, they are being forced to confront their individual complicity in a deeply white-centric and racist system. It has introduced the dire need for self-reflection and contextualization of everyone’s privilege.

The product of this much needed self-reflection has reared its head in public social arenas; social media has been overwhelmed with black squares, attention-grabbing infographics, and lengthy paragraphs full of statistics and opinions. The Black Lives Matter hashtag has been used over 21.9 million times. The awareness of police brutality, racism, and white privilege is expanding, knocking on the doors of those who have been able to hide away in the comfort and familiarity of their online social circles. While there’s no doubt that opening up the opportunity for discussion is crucial to breaking down barriers and deconstructing our defective system, we must examine the genuinity of the common Instagram story. Can the occasional post truly ever be enough? In order to answer this question for yourself, you must consider the poster’s intention, past behavior, and their concerted efforts beyond the social media sphere.

Any intention other than to educate, to spread awareness, to convey hurt and anger, to present statistics to support a fully-believed argument, or to amplify Black voices, feels disingenuous. Posting to be included in a viral trend needs to be seen as an insidious act, as it seeks to feign support for a cause that desperately needs genuine involvement and commitment. It does not exist to be paraded on your feed. It exists to bring to light the injustices institutionally built into our nation that have cost real human beings their livelihoods, their lives. The poster who suddenly appears as a vocal proponent of the issue after a history of silence, complicity, or blatant racism also must be regarded as suspicious; is what we are seeing representative of personal growth and education, or is it their underhanded attempt to blend in and erase their historical lack of empathy for people of color? Are our peers hiding behind a facade of social media activism to absolve themselves of guilt? In either of these cases, a desire to be accepted by society as conscious and empathetic of the plights of Black people overshadows their need to actually act to help resolve the issue. Both of these cases are unacceptable forms of speaking out. Beyond the poster’s own personal beliefs, we must be critical of the extent to which they actually support the cause they claim to. Sharing is important, speaking up is important, but action is imperative. To feel strongly enough to post, but to forego any further use of the same technology to enact actual change–to sign petitions, to share and use resources, to call and email local officials–is a flagrant expression of laziness, privilege, and discomfort that acts to undermine any support, fabricated or not.

As a young mixed American woman of both White and Black heritage, I have felt an immense sense of duty to challenge myself to use my voice to have difficult conversations with my loved ones. To face those individuals who were responsible for my first-hand education of racism and microaggression. To scrutinize my behavior in hindsight; how I personally allowed these microaggressions to permeate while simultaneously using my comparative white privilege to duck away from uncomfortable situations while my Black brothers and sisters could not have had the luxury of avoiding this distress. For me, just a post will never be enough. Another’s post will never be enough. 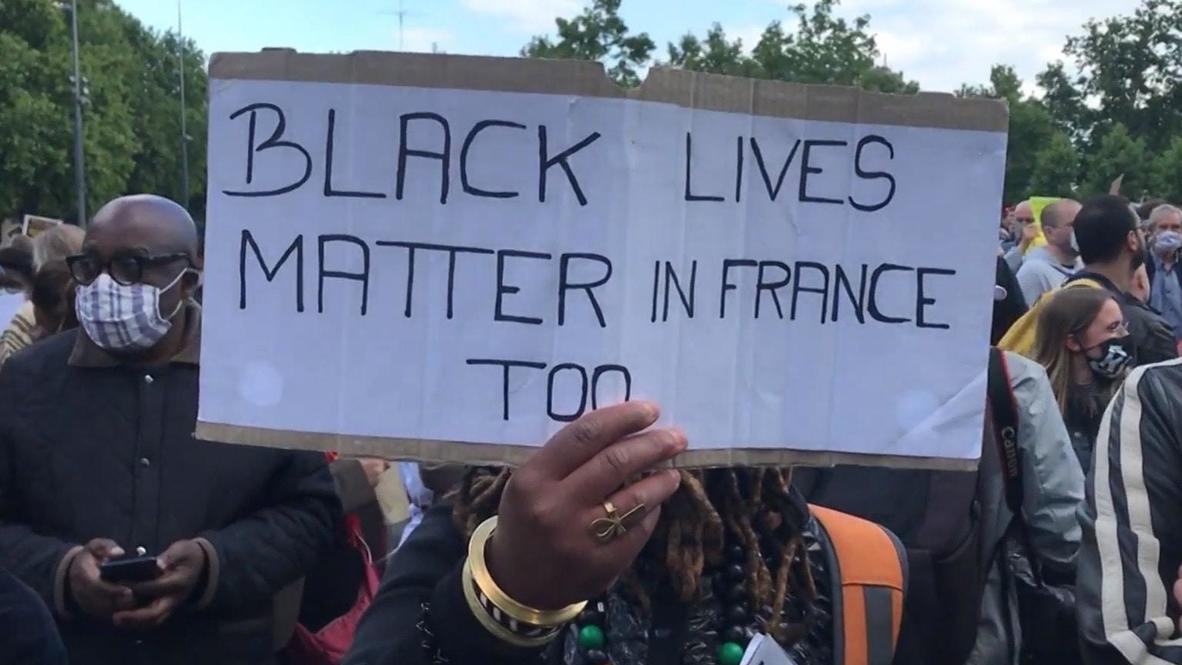 However, one of the most genuinely touching things that I have personally witnessed to come from this is the massive outpouring of true allyship from around the world. Gatherings of people in every major city across the globe speaking out about injustices of their own is a profoundly important display that lets us know that America is not alone in its systemic racism and mistreatment of Black citizens. Not only are Black individuals in the UK, France, New Zealand, and beyond conveying solidarity with the struggles of many Americans, but they are using action and movement to express a deep empathy and understanding that should disturb us deeply, as well as inspire us to spark change beyond the Facebook wall and Instagram feed.